“Connecting the street level to its underground tunnels while also creating a transitional scale with the surrounding tall buildings is in itself a hard task. Doing it in such a way that it not only functions well but also creates a sense of place of seamless transition is remarkable. The project manages to successfully introduce lightness and fluidity despite the technical complexities.” – Sofia von Ellrichshausen

Place Rogier in Brussels is not just any square. Once the Place des Nations and gateway to the former North Station, it gathered the first cars and electric trams amidst stately hotels with melodious names. The square breathed to the rhythm of the metropolis and managed to reconcile the bustle of city life with human encounter. The construction of the North-South connection shunted the North Station a few hundred metres further along, thereby creating space for a square with international ambitions. The beautiful, 117-metre-high International Rogier Center, designed and realized in 1958–60 by architect Jacques Cuisinier, proposed an unprecedented conglomerate of offices, housing, shops and restaurants, a polyclinic, exhibition and theatre spaces, and even a sky bar with the Martini logo on its roof. But the new neighbourhood had brought all too soon marginality and social inequity into place and the International Center was unable to hold onto its ambitious plan. Over the years, Place Rogier became a site of residual space, with a mysterious pyramid in its centre, an invisible underground exhibition and conference centre, and hotels whose prestige had slowly withered. On a sad morning in 2001, the International Rogier Center was demolished. Brussels had lost yet another piece of its metropolitan identity.

The project by XDGA, Ney & Partners and Michel Desvigne is in this perspective of immense value. It restores the square’s metropolitan character in a boisterous and radical manner. One might think of the square only in terms of its eye-catching canopy with a 64 m diameter, signalling the newly restored car-free square. The monumental gesture is without doubt a powerful and ingenious feat of engineering. Resting on only four anchor points according to the rare opportunities offered by the complex layered underground, the base of the canopy is slightly shifted and holds the structure in a devilish balance. The strength of the design is not to be found here, however, but rather in the overall approach to the square as a three-dimensional oversized space. XDGA managed to stretch the square far beyond the usual conventions and realized with Michel Desvigne a 360 m long and 22 m wide strip, reaching from the Botanical Garden to Avenue Roi Albert II. A wide pedestrian zone for the metropolitan flâneur made out of large concrete floor slabs with inlaid cobbles contrasts with the dark, glossy stone pedestal.

On the square itself, a generous patio has been carefully excavated and acts as a vertical connector providing natural daylight to the traditionally dark and artificially lit spaces of the transfer hub. The strength of the design lies in the vertical gesture, proposing a space between surface and underground, where the square makes itself felt in the organized tangle of an urban hub, connects subterranean user groups and allows for a mixed programme. If Place Rogier developed over the years into a complex underground hub, it failed to establish any significant connection with the street level and left this windy and undetermined area surrounded by high-rises, waiting for better days. XDGA understood this all too well. Their project exposes the relation between public space and public transport. It integrates urban diversity into a layered design that organizes flows and fluxes on three subterranean levels and responds to a complex diversity of stakeholders while literally giving the square back to its citizens. It restores the potential of metropolitanism to the city. 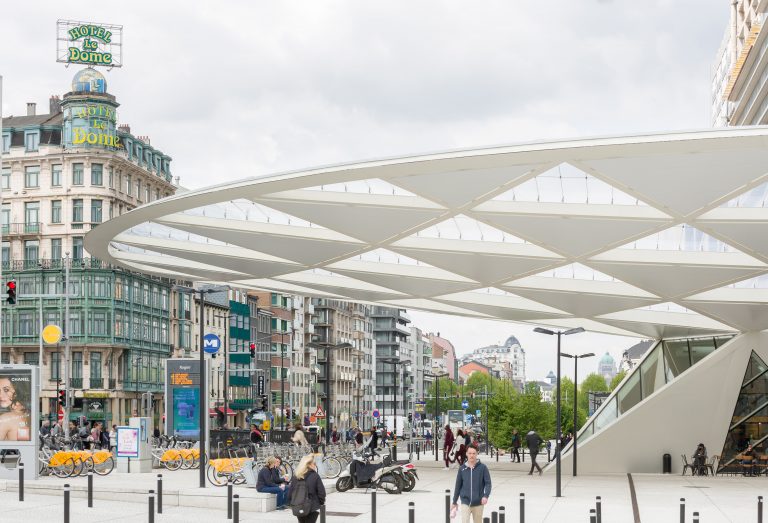 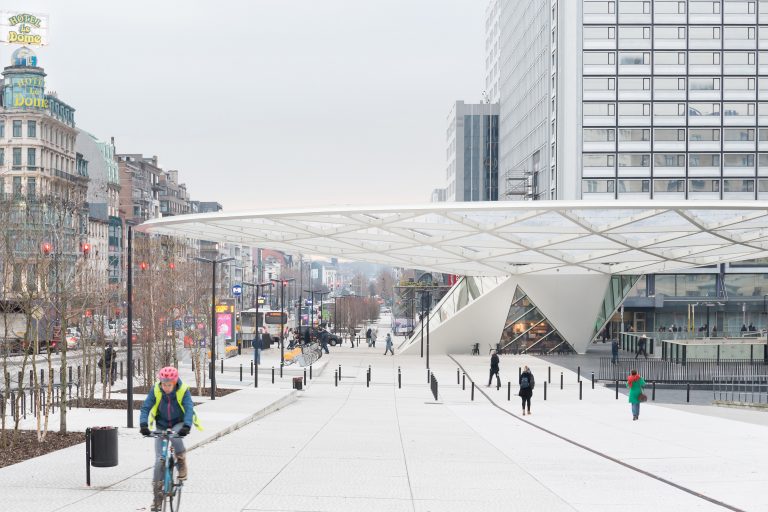 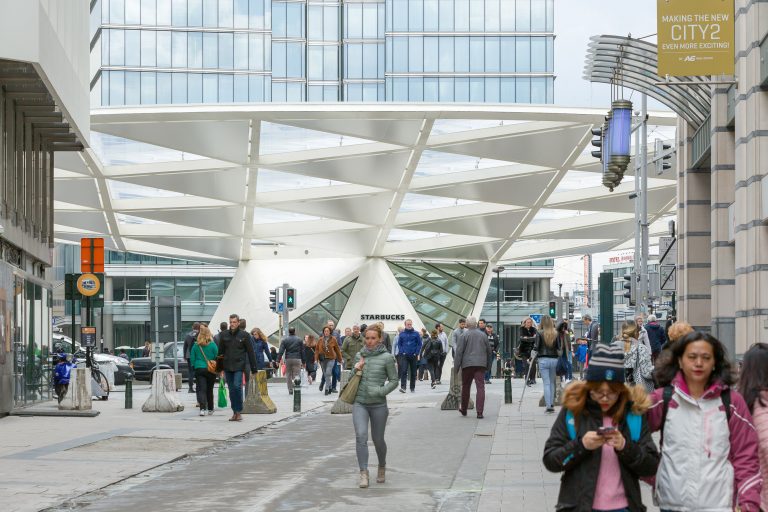 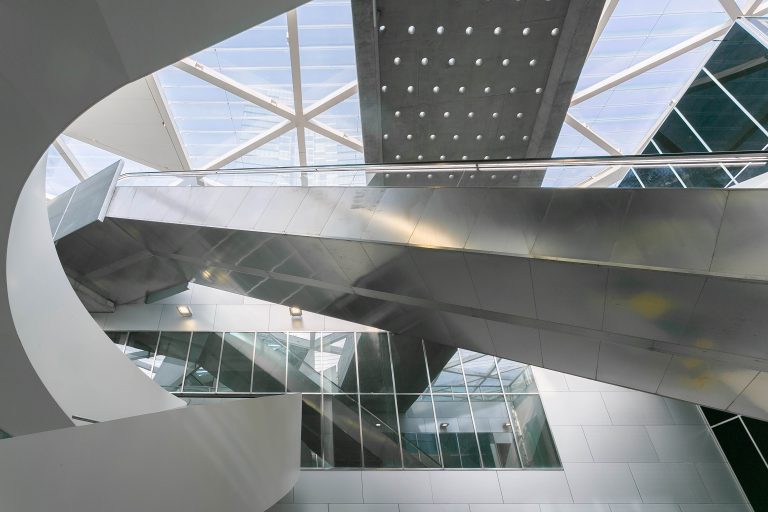 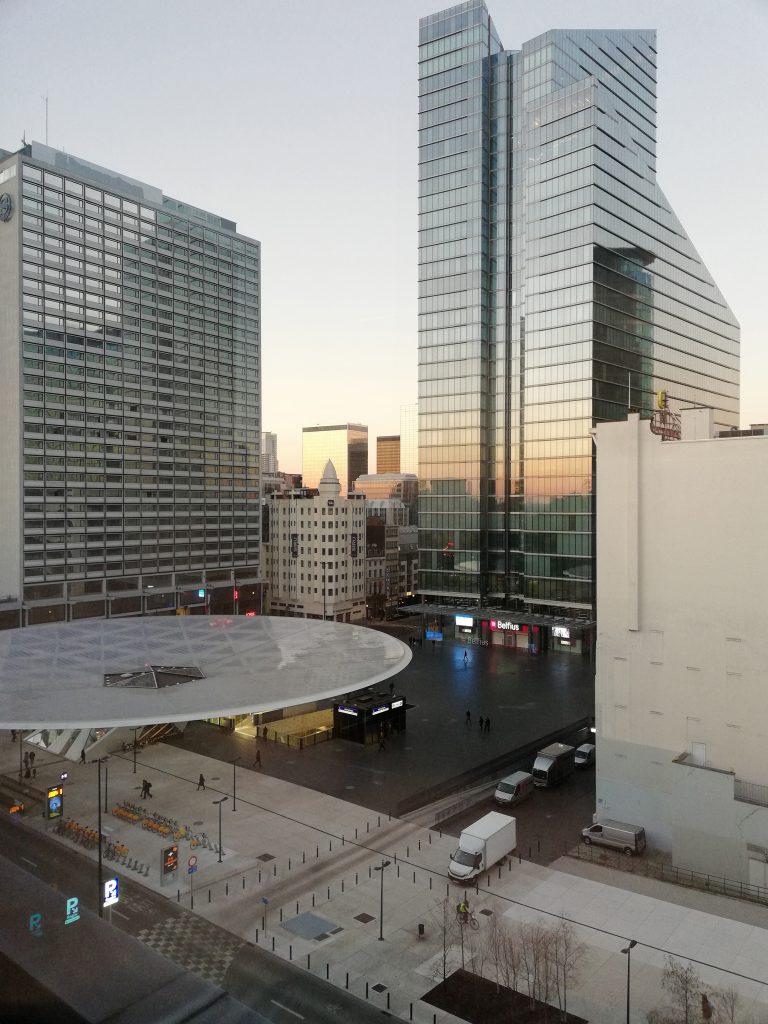 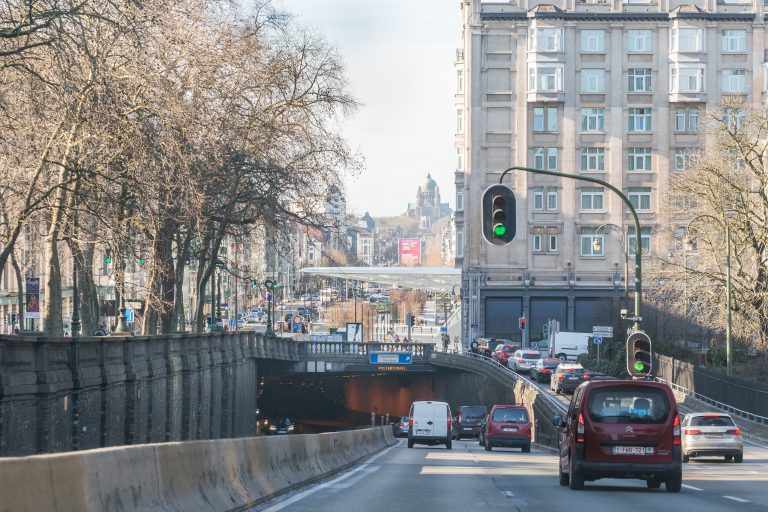 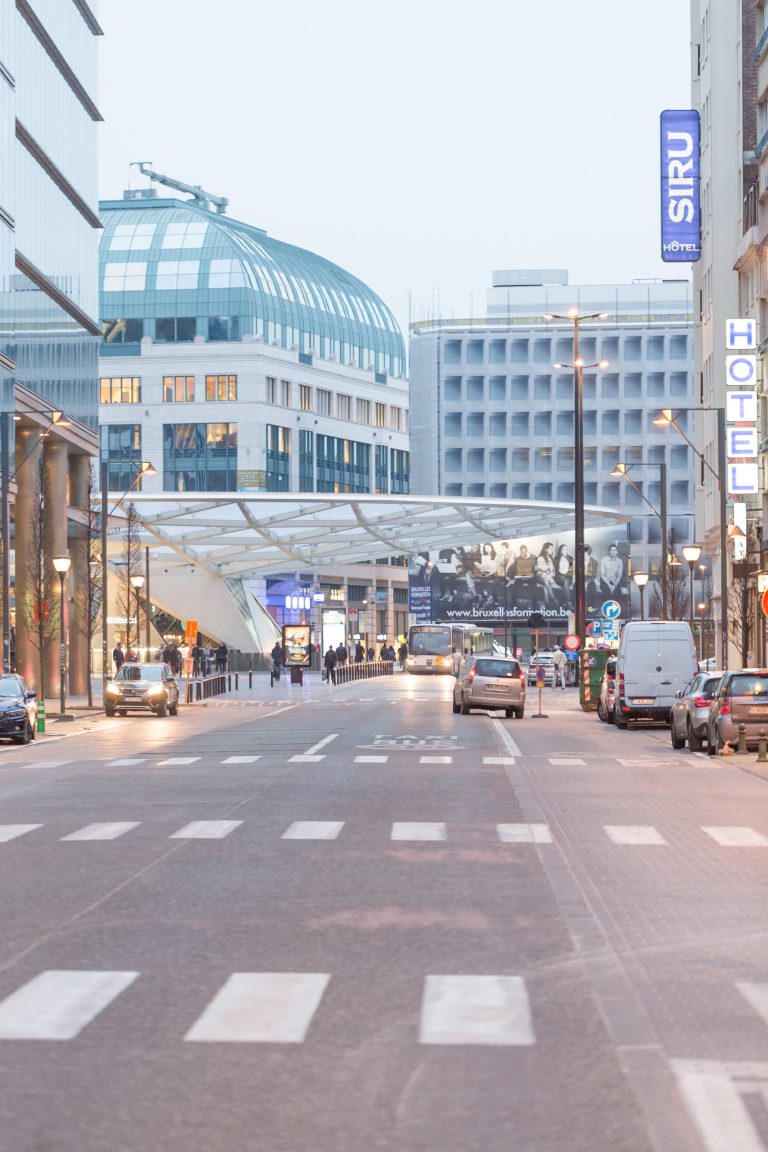